Chicago
By   Internet
Abstract: An offer was quickly made on a centuries-old home in Santa Fe, New Mexico.

Property records show that the two homes on this parcel of land date back to at least 1848.

Unofficial records show that there was a building on the 1/3 acre lot even earlier.

The original dwelling was built in 1786 - more than 125 years before New Mexico became a state, property inventories show. 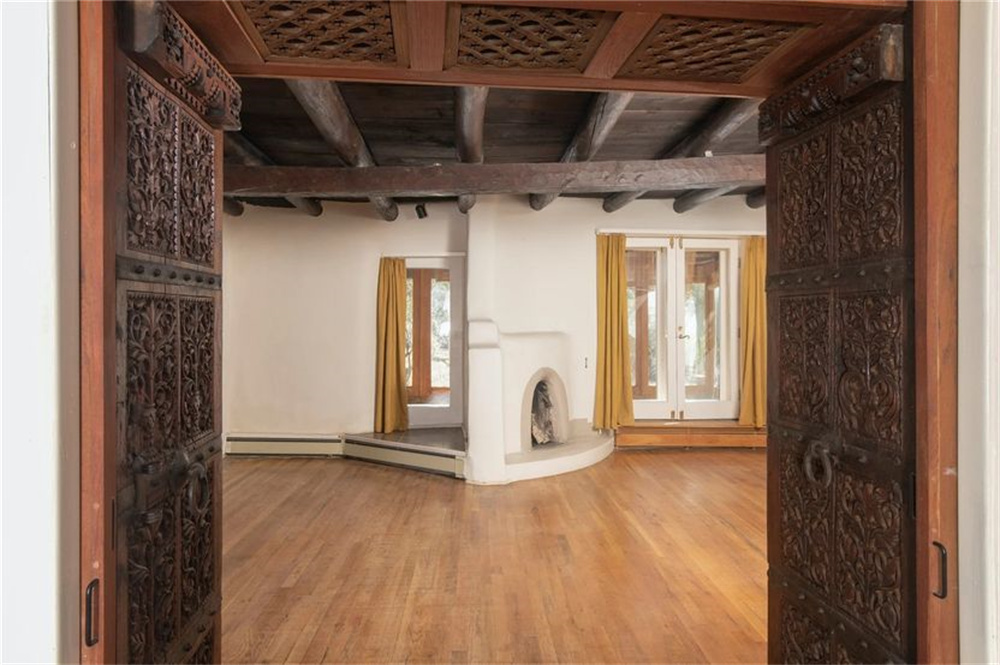 "We're a very old city and many of the properties go back that far," explains listing agent Clara Dougherty of Dougherty Realty." It may be just one or two rooms, but it's very typical of Spanish colonial homes - they added on to it. If you had another child or needed another room, you went ahead and added an additional room."

"Like a lot of older homes, it may need updates to the kitchen and bathrooms," Dougherty said." It may need some appliances, some plumbing, new stucco and maybe some new windows."

But there are priceless elements in this old house. The seven fireplaces, kivas, hand-carved vegas, arched doorways, hand-painted or carved wooden doors and adobe and plaster walls all embody historical character. This appeal is evident from the moment you enter. 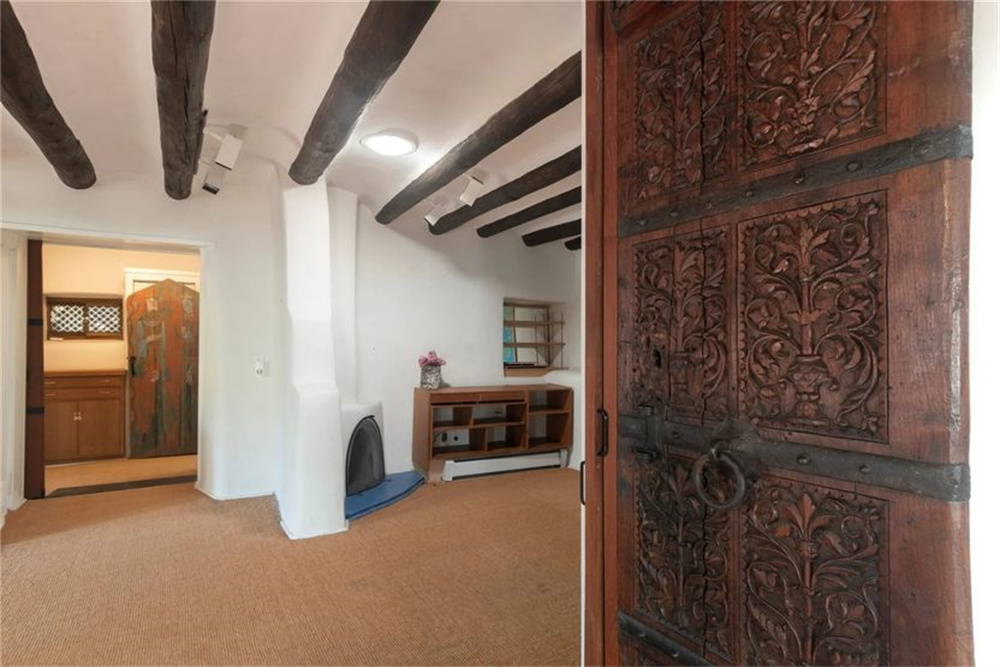 "It's a compound," Dougherty says." You walk through a courtyard gate and there's a large garden. It's very charming."

A large kitchen has doorways from the sunroom and leads to the dining room and other living spaces.

It was difficult to determine how each room was originally used, Dougherty explains, because the home has undergone so many additions and reconfigurations over the course of 236 years.

A 742-square-foot guest suite has a living room, a bedroom with a Kiva, a bathroom and a kitchen.

The same family has owned the property for over 50 years. They bought three adjoining lots and combined what were once two separate homes. No one has lived in the house full time for several years, but there has been a family janitor overseeing the house. 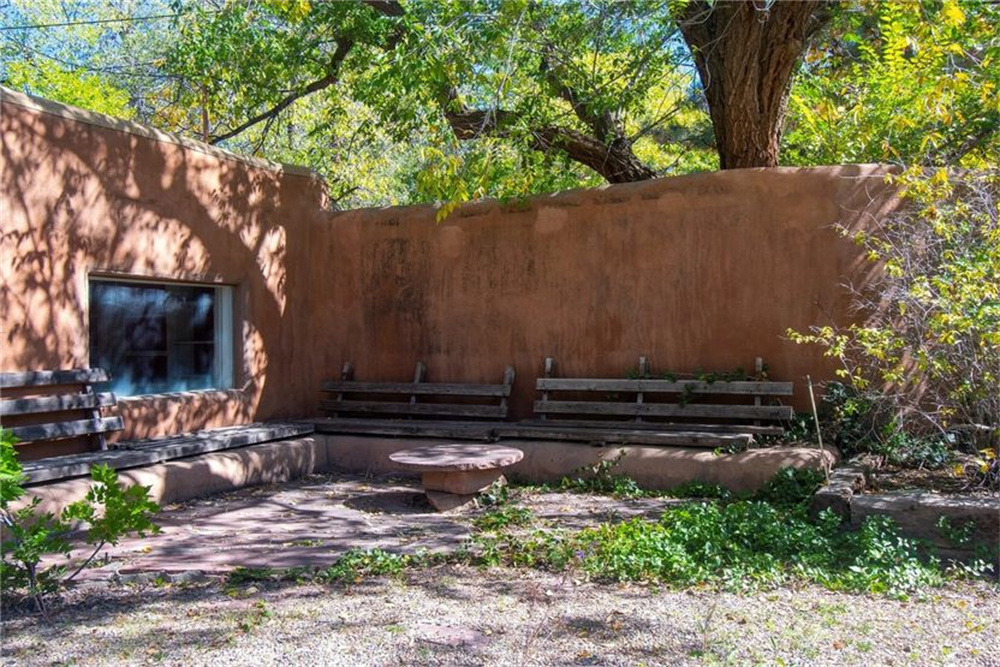 The owners "loved it so much that when they were here, Santa Fe was much smaller than it is now," Dougherty said.

Dougherty estimates it will take "hundreds of thousands" of dollars to update the property and bring it into the 21st century.

Within days, there were three promising buyers making offers looking for a project. And that would be one project.

Chicago
The House in the Hills